Does your company call consumers? Yes? Worried about fines from not complying with various local, state and federal regulations placed on companies that call consumers? Whether your company makes collections calls, sales calls or telemarketing calls you need to place limits on the number of calls made to consumers to avoid government fines for harassment, which can be in the thousands per call in some cases.

We have developed an Outbound Call Limiting module that allows you to place restrictions on how many times a number is called during a certain time period. So for example if you have an outbound route for California based numbers and had Outbound Call Limiting in place on that route this module would allow you to make only the allowed numbers of calls to any specific number in California, when exceeding the call limit during the specified time period any additional calls would be blocked, and a recording would play advising you that the call was not allowed. 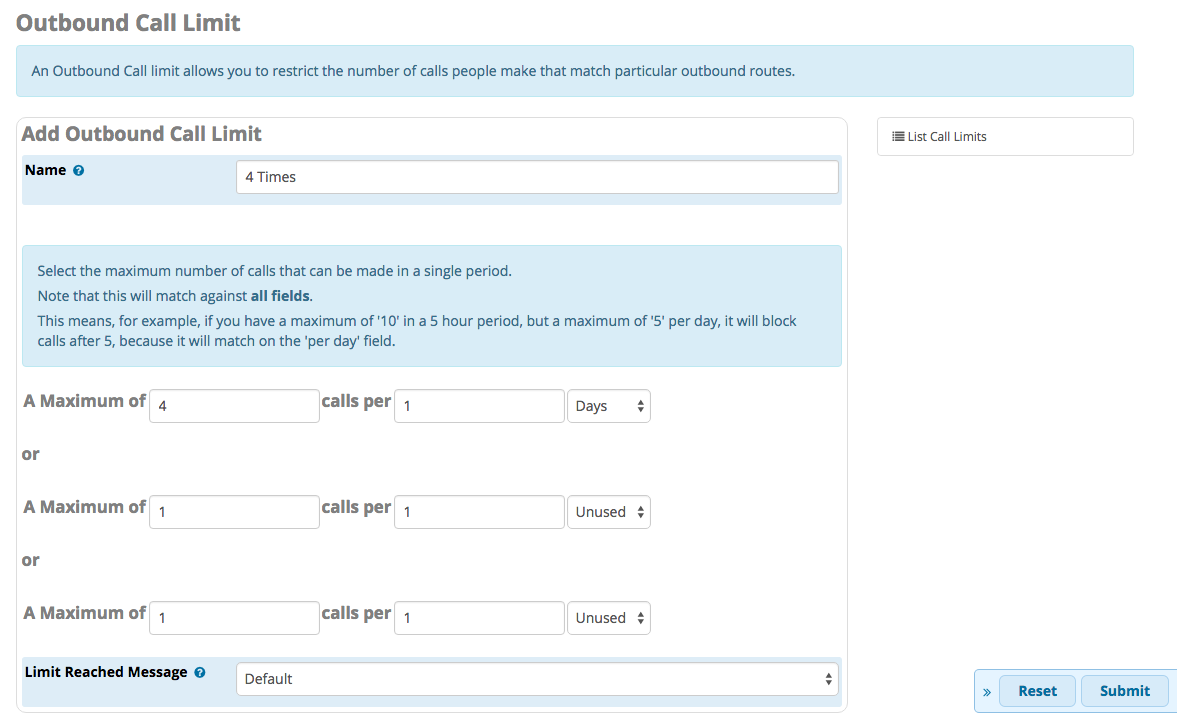