The Class of Service module for FreePBX allows you to restrict extensions from dialing the following destinations of your PBX. 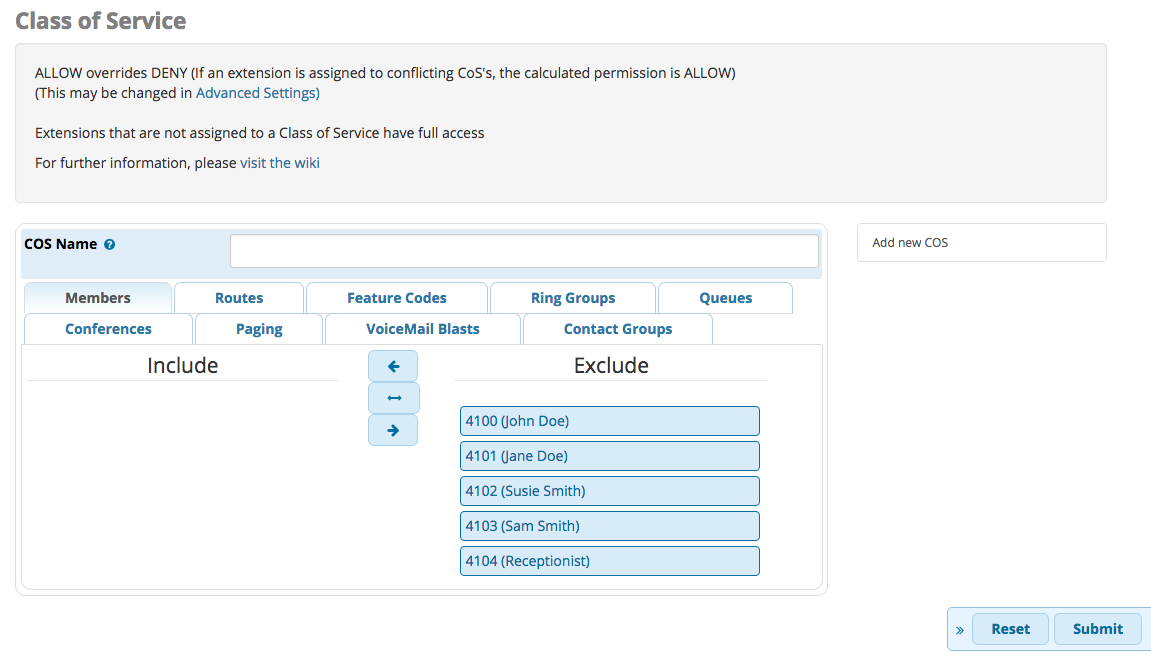 Useful for restricting and allowing endpoints to specific local, long distance or costly routes. Integrates our existing Extension Routing module, but creates a class of service that you can easily add multiple extensions to, allowing for easier management of this feature.

Example: Set a lobby phone to only dial local extensions, with no access to outside lines.

A virtual extension that rings a group of phones simultaneously.

Allows you to manage a large number of incoming calls in a structured manner.

Sets up a destination that allows multiple parties to conference.

Example: Secure your conference rooms by choosing which extensions are allowed to dial into them.

Allows you to send a voicemail blast to multiple users at the same time.

Used to page groups of endpoints, such as phones and overhead paging devices.

Example: This could be useful in settings where not every extension should be authorized to utilize paging, for example on systems utilized in school systems.