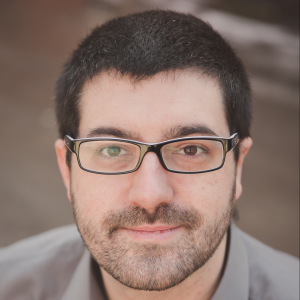 As we enter 2018, we decided to take a step back and reflect on what we’ve accomplished as a community in the last year.

It’s been a long year and a rather busy one for FreePBX. Throughout the year we saw several improvements to FreePBX 13, but one of the most notable included improved directory support in User Manager. This gave users the ability to setup multiple Active Directories, LDAP, or even internal directories to control their users on the PBX and even auto-create extension from the directories their company already uses.

By now you’ve probably heard that we released FreePBX 14 on August 2, 2017, as well as our Enterprise Linux 7 based distro, which contained a slew of updates. Fast forward to December and we announced the General Availability of our 6 to 7 distro upgrade script which has been in Beta since our EL7 based distro was released.

Since the release of FreePBX 14, we’ve been digging through tickets trying to find some of the biggest pain points and we think we’ve found a couple of good ones. The first one we found was that it hasn’t always been easy to restore a previous backup to the latest version of FreePBX. In fact, if you were going between versions, FreePBX didn’t even support it. Well, you’ll be happy you know that this pain point is being addressed in FreePBX 15.

Starting in version 15+, you will now be able to take a backup and restore it to any future FreePBX version. To do this, each and every module will control its own backup and restore process, telling the system what files and data it needs to backup. This led us down the path of breaking out the ability to have different places to store your backups into its own module which we plan to further expand on in the future. Currently, this allows for backups to be stored and restored from your usual places such as Email, FTP, Local storage and on another system via SSH. By abstracting backup and restore into smaller pieces, it will allow us to be able to better test and maintain each piece while still being able to look to the future of how you are using your phone system.

The second thing we’ve heard from you is that many of you would like an easier way to configure FreePBX, from your own applications. With that we plan on bringing a GraphQL API to FreePBX, making it easier to do more with your PBX as well as help you build custom applications.

But that’s not all! While we feel we’ve found some of the biggest pain points you’ve brought up, we also want to ensure that your feedback is heard and that you have a voice as well. So, to ensure this, we want to know what other pain points you have with FreePBX and what you’d like to see in future revisions.

To tell us, head on over to our forums.