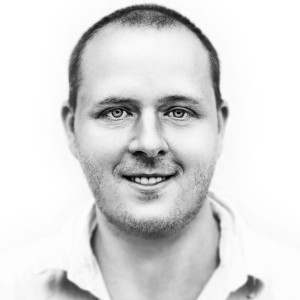 Philippe asked me to post some great stuff I’ve been working on recently. So my name is Ethan Schroeder, and in case you are wondering, I’m one of the organizers of the Open Telephony Training Seminar coming up in a few weeks.

With the "analysts", integrators and Microsoft fan-boys (and girls) going crazy over the Microsoft® Response Point™ PBX, I wondered what all the fuss was about. It has some interesting UC/UM (Unified
Communications/Unified Messaging) stuff that links into the Microsoft family of products. Microsoft’s new Office Communications 2007 server really seems to shine in the UC/UM realm. Then I saw a video on the
Response Point "magic button." A voice recognition button for a PBX? It appeared that Microsoft really did something here.

I wondered to myself if Asterisk could do it. A while back I utilized the LumenVox speech recognition software for Linux/Asterisk to build a speech enabled company directory for Asterisk. That was pretty cool, but a magic button would be a Killer App.

From the start of a dream to actual implementation was quite an experience. Creating a button that works when you are not in a call for some functionality (call initiation) and works while you are IN a call
for call control turned out to be a difficult task, but I managed to make it work.

The result is a magic button that when pushed plays a fun tone and let’s me speak to my phone system in wondrous ways:

Want to see this in action, and even take home the technology? I’m demonstrating it all to participants of the FreePBX training when I present in South Carolina February 27-29th, 2008

A magic button isn’t the only goodie you’ll get, either. Philippe has some other un-released modules he plans on bringing along that help make your life easier for various tasks. We’ve been working with Philippe for quite a while on custom projects for customers, and I’m still really excited
about what he is releasing. And then there are the goodies from the other vendors, but we are not going to go there. The value of the class is in the knowledge we will bring you. You don’t have to go to such a training just to get a free phone, chances at free cards, T-Shirts or a one time opportunity to purchase TDM phone cards at prices you will never see again. The fact that you may get some of that is a nice bonus…

So if you haven’t already, take a peek at the training and see if you can attend. Get all the info on the traing site. As Philippe has already mentioned, we’re almost full and if you want to stay at the hotel where the event is at, you better be the next one or two registrations because as far as I recall, that’s about the number of rooms we have left before you’ll have to stay at a different hotel!

I’m looking forward to seeing you and showing you this really cool speech technology!