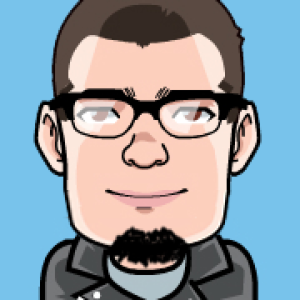 We are happy to announce FreePBX 13 has reached the next milestone. We would like to thank everyone in the FreePBX community that has provided valuable feedback and testing. On Wednesday FreePBX 13 reached the release candidate stage.  A release candidate is a beta version with the potential to be a final product, which is ready to release unless significant bugs emerge. At this stage in the FreePBX development life cycle all product features have been designed, coded and tested through one or more beta cycles with no known showstopper-class bugs. Though there may still be some minor snags and hiccups we are confident in the stability of FreePBX 13 for general consumption.

This is one of the largest releases in the project’s history and could not be possible without the FreePBX community which includes community testers, community developers, and Sangoma developers all working together. This release has touched almost every piece of FreePBX.  Along with the visual changes we have put a huge focus on localization and making FreePBX a truly global project.  FreePBX 13 now has multi-language sound support, not only in the GUI but in sound files as well.  System Recordings now supports the ability to have recordings in multiple languages. System Recordings has been rewritten to support bulk uploads, multiple formats and in browser recordings.  Along the way we remove quicktime playback of sound files and added in full HTML5 audio. Over time we will need you, the community, to help us flush out and refine this new feature base.

Along the way we have had to depreciate some items in FreePBX. Namely we depreciated the Camp-On module. There were many reasons for this but firstly many people didn’t know what they were installing and therefore never needed it. When the module was installed it would generate hints for every extension on the system. We decided to depreciate it because of lack of usage and also in an attempt to make reload times faster. This work, along with the work done on turning all hints into dynamic hints and the work by Digium to make Asterisk 13 faster has significantly improved reload times. Sometimes speeding them up as much as 50%! Remember that depreciation doesn’t mean it’s being deleted and we didn’t take this lightly. When modules are fully removed from FreePBX they will find their way into our contributed modules repository along with many other modules. The community at large is welcome to take any of them over and we will gladly provide support to anyone wishing to contribute.

Furthermore we are now requiring registration to use our basic free features of the System Administration module. This module is not a requirement to use a FreePBX system. It is, and always has been, a requirement to use commercial modules. If you wanted to use a commercial module in the past you’d already have had to register your system so this should not be a major change for many of you.

For more information on what is new please see individual change logs in module admin. A summary of changes can be seen in the change log for FreePBX 13.

Get FreePBX 13 RC1 today by one of the following methods:

Upgrade with the Version upgrade utility

With the FreePBX Distro [Update][Download]

Report any bugs to our issue tracker

Come join us at FreePBX World 2015

Thank you for using FreePBX