As part of my earlier effort to introduce you to some new members of the FreePBX development team at Sangoma, I wanted to also highlight some of the existing members of the team so that you can get to know them better.

The first person this week is Philip Joseph from our Bangalore office: 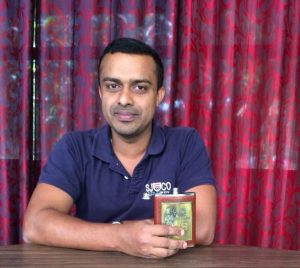 Q: Where are you from and where did you grow up?

Q: How did you get into working in the telephony industry?

A: As a part of my internship I joined a company called astTECS in 2009, who does business with open source software (mainly Asterisk).

There I put my feet in the Asterisk world and I start playing with most of the Asterisk based applications such as A2Billing, asterCC, Vicidial, FreePBX(2.9), and custom applications on Asterisk. I continued to expose myself to it however possible until mid 2015. Then I started doing freelancing work with Asterisk applications where I have made cloud telephony applications and IP based communication (for factories). In this project I used FreePBX 2.11 and customized FreePBX in many ways and implemented many new features. Some of the features included extension priority overriding and passcode for dialing while doing paging with a DTMF response from paging device, turning paging to private communication, as well as dial out conferencing (scheduled/dynamic).

All of these FreePBX experiences helped me to get into Sangoma in 2017 Feb.

Q: What is your favorite part about working on FreePBX?

A: I like the Queue Callback module which I have spent a lot of time making more reliable and stable. Also Paging, Paging Pro, and other modules.  Warm spare backup in 15. And many more.

Q: Is there an area you’d like to see improved in the project?

A: Yes, generally there is some room for each module to improve.  From a new module point of view, I think we should add dial-out scheduled conference support.

Q: What do you like to do when you’re not working?

A: Apart from work, I love spending time with my family. Also, wine making, horse racing, and driving are some of the hobbies.

Our second is Franck Danard, who works in France (he is on the right): 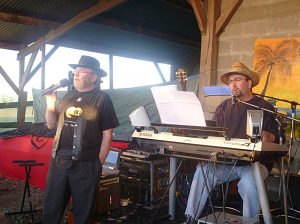 Q: Where are you from and where did you grow up?

A: My name is Franck Danard and I’m 53 years old. I come from France and I grew up in Nantes, close to the west cost in south Britany. Now, I live in the countryside about 30 km from Nantes.

Q: How did you get into working in the telephony industry?

A: I worked at Tandy France and one day I found another job. So I started to work in telephony in 1989, and not only with telephony systems. I worked on alarm systems, video surveillance systems, and fire alarm systems. I grew up not only with Alcatel PBX systems, but also with other telecom systems, fax systems…etc.  And finally, I worked in the support team online for NXO before working fully on Asterisk systems for IT’TEK, which led me to eventually working at Sangoma.

Q: What is your favorite part about working on FreePBX?

A: I don’t have a specific part I like to work on in FreePBX more than any other. All the modules are different. I like the diversity.

Q: Is there an area you’d like to see improved in the project?

A: Maybe high availability, GUI themes. I don’t know. Just a few ideas like that.

Q: What do you like to do when you’re not working?

A: I like cooking everything and even for 50 people. I make bread homemade. I compose some music and I make arrangements for my father, I have my home studio, and I
mix bands in small concerts. I just need to get out my telescope, I haven’t used it since our daughter was born (for 11 years). I like stars. Also, I like to sail by boat on the river. It’s very quiet and wonderful. Sometimes I like to code personal apps for home automation systems.

That’s all for this week, but be on the lookout for more posts introducing other members of the team.  Thanks to both Philip and Franck for taking the time to answer my questions 🙂